Since last few years, the industry of tours and travel has been growing on a large scale, with movies and books also coming up with travel as their center idea, more and more people are inspired to travel the world. A few decades ago traveling the world was far long dream, and if shared with others, the person would have surely been considered crazy. But, with the progressing years and by the speed the world is progressing people are taking traveling much too seriously than just plain vacationing.

If research are to be checked than today a lot of countries and cities economy are majorly affected by their tourism. And if something is helping the economy, it is more than obvious to encourage it more and more. Tourism is the best way to welcome foreign currency in the country. Many developing countries rely on tourism for foreign currency.

Celebrities have since long been endorsing products, as the entertainment industry touches the lowest and highest of the society. The influence a celebrity has on any products sales have been confirmed by the brands since forever. Thus, with the growth of tourism, even the state governments have started to endorse their states with the help of celebrities, as they are famous globally.

Thus, here are few of the Bollywood celebrities that are endorsing various locations, inspite of the fact that they don’t originally hail from the same place. 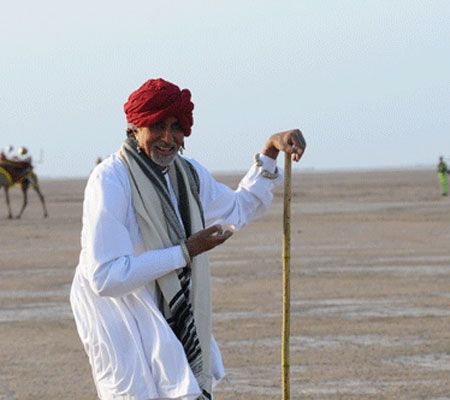 The owner of the heavy set voice that is known through out the country and worldwide, is the Brand Ambassador of Gujarat, and this one is almost known to everyone in India especially as the ad campaign was played on every channel in full fledge. According to the research the advertisement actually paid off well for the Gujarat Tourism. All Hail to Mr.Modi for the idea again.

Shah Rukh is known to have maximum Brand Ambassador Collaborations with number of companies not just in India but Worldwide. As the owner of the IPL cricket team Kolkata Knight Riders, Shah Rukh Khan garnered even more popularity in Kolkata than he already had. With the win of 5th IPL by the KKR’s in 2012, Shah Rukh Khan was soon rolled in a video for representing Kolkata.

The Bollywood personification of Cute, Dimpled “Preity” beauty naturally comes from Himachal Pradesh, and thus, her birth place has a lot to say for her pretty beauty. Preity Zinta was roped in to be the brand ambassador of Himachal Pradesh, Shimla which is heartily accepted for free. Afterall who asks for money from their motherland?

The charming and dashing actor was proclaimed as the brand ambassador for the state of Maharashtra, after the talks with Madhuri Dixit didn’t work out. Though we might have been a little sad about not having our Marathi Mugli Madhuri to represent the state we couldn’t ponder over the loss with Hrithik replacing her.

The Badminton Star Saina Nehwal wasn’t the first choice of Andra Pradesh to be their brand ambassador even after her being born and brought up in the state. But on the change of events she was declared as the brand ambassador for the State of Andra Pradesh instead of Sania Mirza. The Andra government didn’t compromised in their choice much though, Sania or Saina we love them both and both have made the whole country proud.

Though Goa, needs no introduction or in our suggestion don’t need to take any extra efforts to flourish their Tourism, but Prachi Desai was chosen for brand ambassador position for the state of Goa, by the Goa Tourism Director, Swapnil Naik in the year of 2011. There is no particular relation or reason for the choice, but the young and sweet Prachi must have just done the work with her new recognition in the industry and throughout the country with her movie “Once upon a time in Mumbai”.

The south beauty and the Bharatnatyam Queen Hema Malini was chosen by the Chief Minister of Uttarkhand, Mr. Ramesh Pokhriyal Nishank as the brand ambassador for the state. She represented the Sparsh Ganga campaign which was started to strive for a cleaner Ganga.

Akshay Kumar who hails from Amritsar and is one of Bollywood’s pure Punajbi Munda, is the brand ambassador for Canada, and we all know of the love Punjabi people have for the country of Canada, though the other reasons why Akshay Kumar makes for an ideal choice here, are that a lot of Akshay’s movies have been shot in Canada and also he had participated and supported various Canadian causes, thus making him an apt choice.

Another actor for foreign country, Celina Jaitly’s vivacious personality was loved by the Egyptian authorities and considered that it complimented the vibrant beauty of the Egypt and that her beauty represented the spirit of their tagline- Nothing Compares.

Yes, the King Khan again, he has recently been featured in Dubai’s Tourism commercial, asking everyone to be His Guest in dubai. The ever so charming personality of our favorite Khan is clearly radiated in the ad, and the guests well surprised and mesmerized with his attendance. The Dubai Corporation for Tourism and Commerce Marketing revealed about their Collaboration with the Superstar on his birthday this year i.e. on the 2nd of November, 2016.

And last but not the least, Another Khan of Bollywood, more popular as the Mr. Perfectionist was seen on our television a lot of times in a day during the years 2010 and around, for the ad commercial of “Incredible India” passing the message of treating the foreigners right to Indians, and spreading the Culture of India with our anthem of “Atithi Devo Bhava”.

India—Captured Beautifully through the Eyes of a Foreigner

The Beautiful and Mysterious Lands of Andaman & Nicobar Islands

Wildernest The Resort That Shuns The Wild Party Anthem Of Goa

When In Bali Don’t Miss Out On These Moments

Wildernest The Resort That Shuns The Wild Party Anthem Of Goa

Morocco The Land OF Arabic Culture With Spices That will Tingle Your...

Jamaica The Homeland Of Bob Marley & The Place For Both Relaxed...

Sex Holiday In Spain? It’s That What You Are Looking For?

After Your Retirement Bring Back The Adventure In You, and Go off...